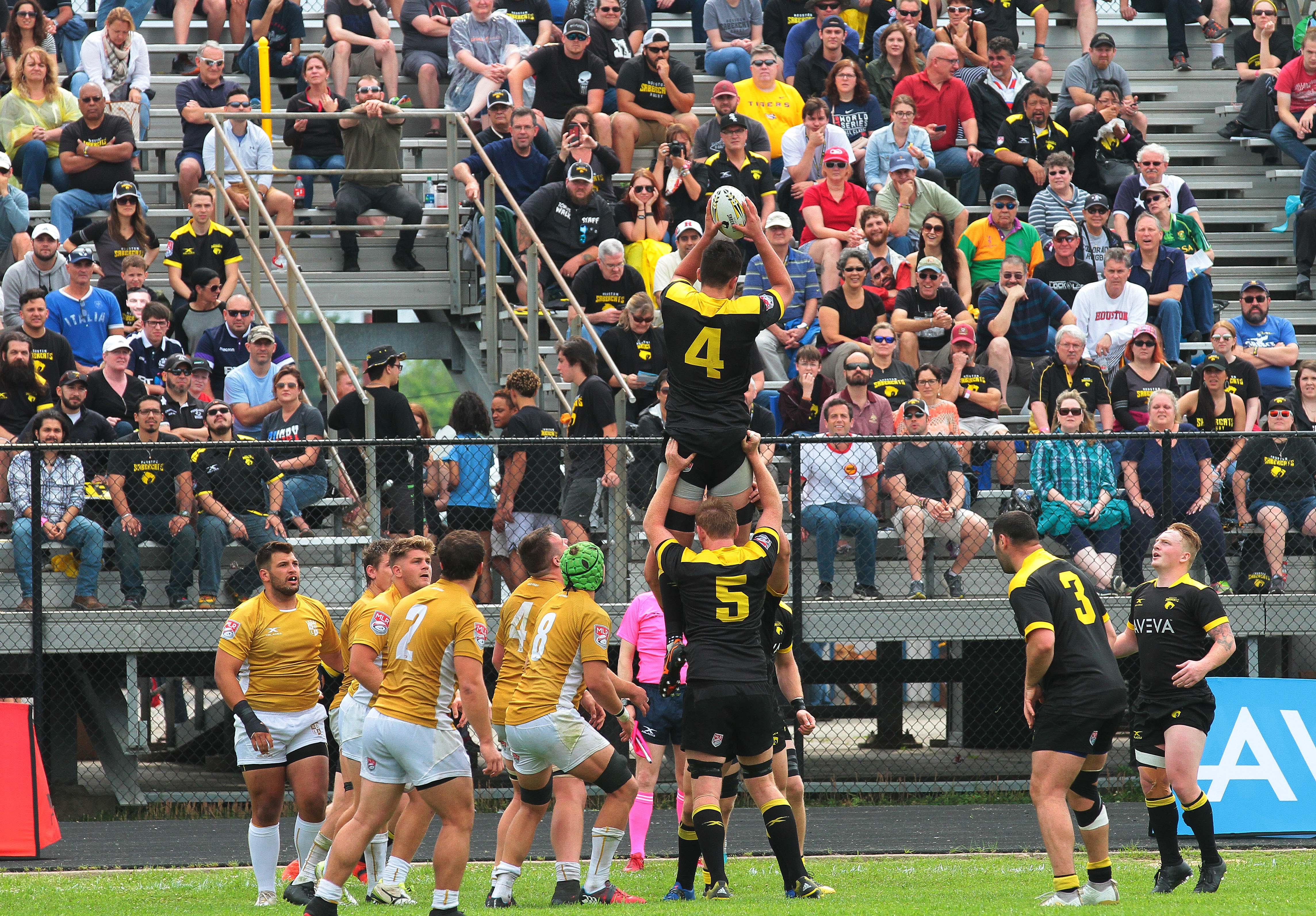 A match-up of Texas-sized proportions is set to get underway this Saturday in Sugar Land, as the NOLA Gold will travel West up the I-10 to meet the Houston SaberCats.

So far, each team is looking at a very different road ahead. The Gold sits atop the league standings at 4-1 with 21 total points, and seem destined to reach the postseason. Meanwhile, Houston sits only just ahead of Austin at 1-4 with 6 total points, meaning every game, and every bonus point from here on out is crucial. No pressure.

It will be a tough mountain to climb for the ‘Cats, as NOLA’s Attack is currently ranked number one overall with 23 total tries on the season. That’s not to say you should count the ‘Cats out at all, but the final result will come down to phase by phase production.

Houston leads NOLA in both Possession Advantage (51%-49%) and Territory Advantage (53%-48%), which bodes well for the chances of an upset, because those stats suggest that the opportunities to score are presenting themselves, it’s just a means of taking advantage of them when they do.

The disparity between the two aforementioned metrics and the question of why we aren’t scoring as much as they are can be explained most simply when you examine each team’s Gain Line Over percentage. Between these two clubs, the difference is a bit staggering, with NOLA leading the ‘Cats 78% to 58%.

Accumulatively, what that says is that while they may have the ball in hand at a higher rate, the ‘Cats are seeing more lateral movement in their passing game than they are forward. As opposed to the Gold, who seem to eat up meters with every pass they attempt. However, here’s the kicker:

The Gold have surrendered at least 31 points in three games this season. So while their offense may hum like a finely tuned diesel engine most of the time, their defense has weaknesses that can be exploited.

Luckily, the last few weeks have seen a slight surge in production from the SaberCat backs, particularly since the return of Osea Kolinisau to the lineup, where he gels well with fellow Fijian National Josua Vici, who himself has put up some crazy numbers the past couple of matches, including 140 meters on 11 carries last week against Seattle.

Meanwhile, in the set piece, the forwards have been doing more than their fair share of work to keep this team competitive. The Scrum is winning 91% of its own put-ins (tied with NOLA), while completing their own scrums at a respectable rate of 71% (ahead of NOLA at 63%).

In the lineout, NOLA edges out Houston with a rate of 90% to 84%, but yet again, there’s another point to consider: Houston leads NOLA in lineouts stolen (21%-17%). If the ‘Cats can stay aggressive on defense in the lineouts, they can limit the Gold’s scoring opportunities, particularly after post-penalty free kicks when they may be deep inside Saber-territory.

Execution, production, and defense. Those are the keys to any rugby game, and the ‘Cats are sure to be focusing on each of them as they prepare for the next chapter in this developing rivalry. Could this be the game where it finally all comes together for this team budding with talent? Head down to Constellation Field on Saturday, March 16th and find out!

Be sure to catch the match on our Facebook Page HERE